Due to the unparalleled beauty and near perfect symmetrical cone shape, Mt. Fuji is often selected as the theme of paintings, poems and literature. It made the world heritage list due to the culture significance of the mountain. To read up more on Mt. Fuji's world heritage status follow this link to the official UNESCO Mt. Fuji page:

​​Mt. Fuji has been a place of worship for centuries; Japanese pilgrims have climbed to the summit as part of a spiritual journey. Starting off from one of the many shrines at the base of Mt. Fuji, ancient pilgrims sought to reach the summit, so as to hike around the crater, in honor of a deity believed to be dwelling there by the Shinto. As these pilgrimages started to grow increasingly popular, organizations began to spring up in support of the growing pilgrim population journeying up Mt. Fuji. Trails were designated, mountain huts started, shrines built and the rest is history. 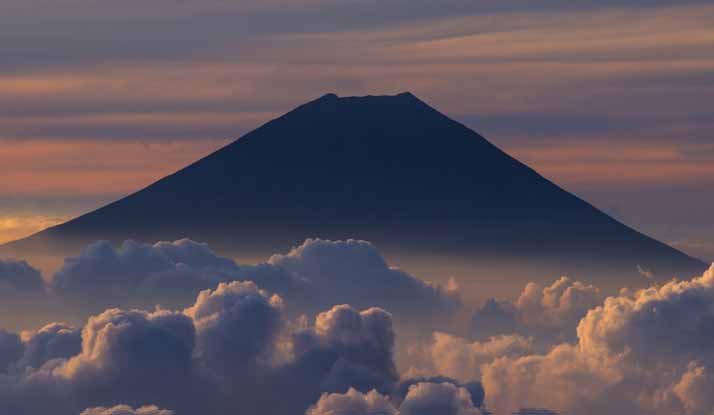 On June 22, 2013, Mt. Fuji became a UNESCO World Heritage Site
Mt. Fuji is one of the most recognized mountains in the world and for many the first thing people want to do when they see it, is climb it. It is only in the last hundred years that people in fact have been regularly climbing Mt Fuji. However, since ancient times, Mt. Fuji has been revered as a sacred spirit. The Shinto Shrine (Jinja in Japanese) means “Place of the God” Many of the Shrines locations are meant to indicate the powerful relationship between nature and god, there are two Shinto Shrines on the summit of Mt. Fuji. Even today, pilgrims, including members of Fuji-ko, still climb Mt. Fuji and stop to worship at the Shrines alone the way.
Despite its step vertical slopes, Mt. Fuji can be scaled to the summit; plus during the climbing season Mt. Fuji offers an assortment of signposts, mountain huts and amenities. Nonetheless, due to the harsh changing conditions of nature and the extensive hike involved becoming prepared for the climb well in advance before climbing up the mountain is a must. How hard is it to climb Mt. Fuji?